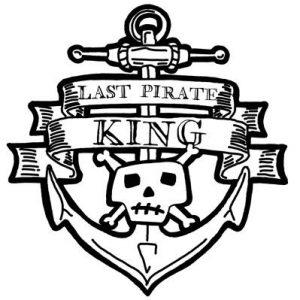 My Review of The Last Pirate King of the Helford River

The Last Pirate King of the Helford River, by English teacher, Will Collinson, is a cross-genre modern-day paranormal fantasy adventure with a decidedly historical fiction feel. It is appropriate for young adults through adults. The story is set in Cornwall, where Collinson brings in elements of piracy and folk myths to fuel a young girl’s epic coming-of-age journey. Pirates, in this fantasy novel, are freedom fighters (think Robin Hood) struggling to end a long war against an organization called The Secret Council, which controls everything in Cornwall.

Enter disgruntled Aalia, our main character. Having been caught shoplifting, she is sent to Cornwall for the summer to stay with her Aunt Gwen. Aalia is convinced that her summer is ruined, and she’ll be bored out of her skull. However, one thing leads to another, and her life takes a turn that she never could have imagined.

The adventure begins with a visit from a ghost who looks very much like her deceased father. As a result, she learns that she is a descendant of a pirate. This pirate, with the help of a druid, created a way to defeat The Secret Council. Knowing that a blood relative of this pirate is necessary for final victory, the freedom fighters quickly recruit her. Unwillingly at first, she is pulled into the fray, building lasting friendships with brave, loyal—even to the point of sacrifice—Cornish freedom fighters along the way. But Aalia is not a typical teenager. She was blessed by druids as a baby and, even though she barely remembers her life there, she had been partially raised in Cornwall. All of this is integral to the plot of the story, and I’ll stop there. I don’t want to ruin your fun!

Collinson’s characters are incredibly well-developed and believable, both modern-day and historical. I found myself completely drawn into their lives and struggles and am eagerly awaiting the second book in the series, The Burning of the Blue Kestrel.

Collinson spent time in Cornwall vacationing with his family at the Helford River. His intimate knowledge of Cornwall allows him to write this adventure with absolute credibility and respect for the lands and people there. Also, a fun fact for my fellow Poldark fans out there, a Poldark mine is briefly featured in the story!

I highly recommend The Last Pirate King of the Helford River to readers of many genres, both young adults and adults. Do you enjoy adventure and/or historical fiction? How about fantasy, ghosts, myths, and folk legends? Are you a role play game enthusiast (e.g., Dungeons and Dragons)? If you said yes to any of these questions, or if this review has simply made you curious, I promise that you will find much to love about this tale. Collinson crosses genres with agility and expertise. And if that isn’t enough, listening to him read his novel just adds even more genuineness and flare!

Listen to this novel completely free at  https://www.buzzsprout.com/585919

For a more intimate look at the creation of The Last Pirate King of the Helford River, see my Author Interview with Will Collinson!